Android OS is a Linux-based platform for mobile phones. Android was released under the Apache v2 open source license.
Initially developed by Android, Inc., which Google bought in 2005, Android was unveiled in 2007 along with the founding of the Open Handset Alliance – a consortium of hardware, software, and telecommunication companies devoted to advancing open standards for mobile devices.
According to a report of Statista, in 2015 1160million people are using Android OS. 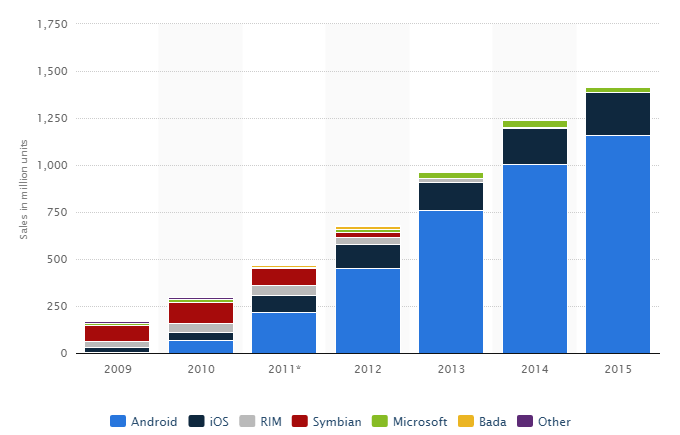 Today I am going to uncover the internal Architecture of world’s most popular Operating system Android.

Internally the android architecture is divided into 5 parts: 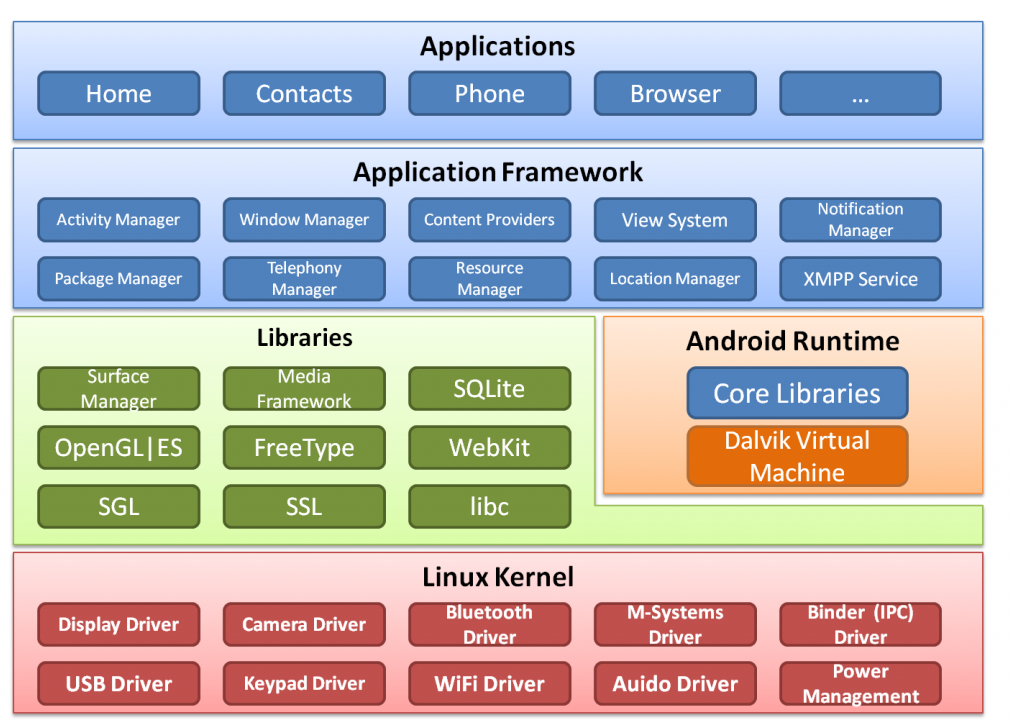 Located at the top of the Android software stack are the applications, or you can say it’s the interface which you see when you operate your phone. Applications created by third party users or developer will be installed on application layer.(i.e email,contacts,browser etc).

It is the third component of the android architecture and placed in second layer from bottom
It provides most important part of android called Dalvik Virtual Machine.
Dalvik Virtual Machine is similar to JVM but the only difference is that it is designed and optimized for Android.
Dalvik Virtual machine uses core functions of Linux such as memory management and multithreading and enables each android app to run its own process.
Android Libraries
This category encompasses those Java-based libraries that are specific to Android development. Examples of libraries in this category include the application framework libraries in addition to those that facilitate user interface building, graphics drawing and database access.

Positioned at the bottom of the Android software stack, the Linux Kernel provides a level of abstraction between the device hardware and the upper layers of the Android software stack. It contains all the essential hardware drivers like camera, keypad, display etc. Linux kernel also provides array of device drivers which make our task easier while interfacing the android with peripheral devices.